The word fulminate may mean, variously: to issue a thunderous verbal attack or denunciation, to explode or detonate, to cause to explode.

Which of these results do the political fulminators of today desire? Perhaps all of them? But let's think. What can happen in an explosion?

"ROCKVILLE, Md. — A house in a Maryland suburb of the nation’s capital was leveled early Friday by a thunderous explosion heard for miles around, a blast so powerful it shattered windows and caused other damage to several neighboring homes, authorities said ... It’s just a pile of debris; it’s just a pile of bricks. There’s not anything left of the house,” said Pete Piringer, chief spokesman for Montgomery County Fire & Rescue Service."
The explosion affected not only the home, but distant neighbors. "I’ve heard there were calls from miles away, people calling," said the fire department spokesman according to radio station CBS DC 106.7

Is this what we want for America? Surely Christians should not! Yet I find myself fulminating against political leaders and fellow citizens all too often. The separation between my convictions and my mouth can be galactic. This must stop.

The time has come for people like me to model the self discipline Christ commanded, and let our neighbors see a people headed out of the smoke and flame to kindness and sanity.

Can dementia be a friend?

A Christian friend of mine - I'll call him Jack - was telling me at breakfast yesterday how his father came to believe in Jesus Christ. This happened at the end of a life in which the father had distanced himself from Christ.

As the father advanced in age he developed a serious illness together with dementia. While Jack helped care for his father, they had opportunities to talk.

Jack discovered something amazing: the dementia had caused the father to forget the objections he formerly had to belief in Christ! Now he listened and ultimately put his faith in Christ, the son of God!

To a person who is not Christian, this may seem only a quirk or unusual development in a wasting illness.

To me and my Christian friend, it seems God used the dementia to offer the father a clean spiritual slate - a blank sheet of paper on which his Maker proceeded to write the truth and won him over to Christ. And to eternal life.

I believe this.
Posted by Douglas Smith at 5:20 AM No comments:

A white boy's induction into America

I grew up white. I still am white. I want to testify that black Americans have "friended" me into their communities. Have allowed me to share things I could never have been a part of without their friendship.

No, I don't mean on social media. When these friendships started social media didn't exist.

I grew up in a white community. My first experience of living with black men came in the Air Force in the late 1950s. Several black fellow airmen were friendly to me and I welcomed their friendship. Still I sometimes fell into an attitude of superiority.

When I left the armed forces I returned to my  essentially white community, attending a local university. My friendships at college were entirely white. While not hostile to black people, I felt impatience with the black men and women who were "sitting in" at the drugstore lunch counter across from the university, asking for the same service as whites. I could live with the proprietor's privilege of serving whom he chose, and of turning others away.

Studying law in Washington, DC, in the early 1960s, I encountered a much broader ethnic mix than I had at college. Any attitude of superiority on my part vanished, as it became obvious that my legal talents were no more than average - on a good day. My fellow students came with all kinds of ethnic backgrounds.

On graduation, I was fortunate to gain a job in a Texas U.S. Attorney's office. There the young black woman who was my administrative assistant refused to put up with a condescending attitude, and instead patiently worked with me as I learned. Likewise, my first supervisor was a capable black woman who was not a lawyer. Imagine, a lawyer working in a law office under a non lawyer! Working with two black women - one over and one beside me - could have been a problem had they not been friendly and patient.

As I gained experience a black Assistant U.S. Attorney, Carl Walker, Jr., befriended me. That friendship was tested. For example, I remember how much I dreaded meeting Carl the morning after Dr. King was murdered in Memphis. I feared that Carl might attribute his death to "my people." That morning our coffee group had our usual meeting in the canteen. Carl was unchanged. I was grateful.

What lesson do I draw from my "cross cultural" experiences with black Americans? There is hope for our so-called "American Experiment." We can become one nation. We can become supportive friends even while we remain creatures of our particular cultures.

It has been said that eternal vigilance is the price of liberty, and I believe this. Today in America there is much vigilance toward and fear of strange foreign cultures. However, while vigilant, we must recognize that our fears of other cultures can exceed their actual potential for doing harm and can make us ignore the potential for good relationships.

Through the kindness and forbearance of black colleagues over the years I have learned to value them, their culture, their interests and their friendship. I have learned to value their work and have learned from them how to do mine. I pray that I always will remember how people from this American culture that was strange to me made me their friend, their colleague, and often their pupil. I pray that I will be the same kind of friend to other people who start out strange to me. 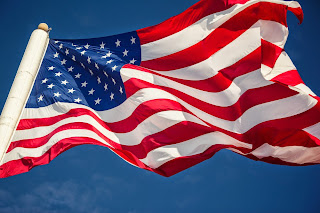 Posted by Douglas Smith at 5:12 AM No comments: