Grasp for a handhold, or reach for the strong hand?

When I was young I was bold to climb or descend a steep hillside when hiking in rough country. Perhaps overconfident I would scramble up for a better view of my surroundings, or down to get a close look at a flowering shrub. I often was startled to discover that a stone I grasped to pull myself up came loose and required me to shift quickly to another hoped-for support, or that a ledge I put my foot on crumbled and fell away. I feel that way about the affairs, the culture of our nation today. Things that always seemed firm come loose and leave me scrambling for another handhold or foothold.

Trust in Jesus Christ, my new-found faith of forty years, keeps me moving with trembling assurance to the high ground where the view is bright and fresh, and the flowering shrubs may be enjoyed in peace and safety. Politics, law, and even reasonable financial security are not leading me to the grand vista and the beautiful life I desire, but gripping the hand of Jesus Christ is bringing the vista and the beauty closer and helping me continue the climb. My prayer is, when my view of the path threatens to be obscured by passions or fears, that Christ will keep my hand in his firm grasp and even squeeze it reassuringly while we move ahead.

Posted by Douglas Smith at 5:20 AM No comments:

The New Sin of the Day

Our western culture seems increasingly self-righteous. News media, entertainment, and social media seem to have made prosecutors, judges and jurors of us all.

People regularly invent new “sins.” Others insist we focus on the sins they consider most serious while ignoring others.

For example, to disagree with a new sexual ideology is a sin some think must be prosecuted aggressively. And one may be excoriated for failing to fight climate change with all consuming devotion.

In short, by putting ourselves in the place of God we regularly create new causes for conflict and alienation. Not a good way to create a more united America or world.

Isn’t it worthwhile to pause and try learning whether or not there is a God, and whether he has already spoken on such subjects? Then to seriously consider and act on what he has said?

Posted by Douglas Smith at 6:58 AM No comments: 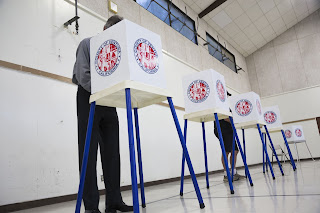 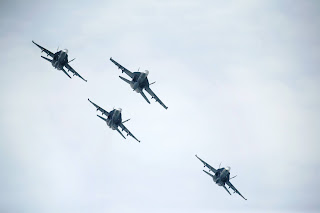